Exceptional Cressi-sub rubbers made and mounted 100% in Spain. They’ve been studied precisely to use them in high level fishing and in competitions. Its composition, level of hardness and thickness are the result of loads of proofs made to different models and the final product answers the requirements of high level fishers with any kind of rod.

Its power is due to the relative hardness of its composition (shore 42 vs. usual levels from 38 to 40) and its diameter 18mm vs. 16mm or 15mm of normal rubbers. Its composition, diameter and reduced tube diameter provide it a great resistance to pressure that also makes them perfect for deep fishing.

The bushings have been made in DELRIN for a greater resistance and screwing facility.

Latex: pure latex of Malaysia without any kind of burden or mix of impurities in its composition, except for the black color (1g colors 5 kg of latex). There’s no added burden in its composition to avoid damaging its natural features of recovering velocity and latex elasticity. The latex, when is clotted, dries itself by natural process (outdoors) minimum in 40 days.

Its pure composition make them to have an extraordinary elasticity that is translated to be a completely homogeneous company of the rod, increasing in this way the shot’s scope and inertia and the penetration capacity of it, with a reduced burden difficulty comparing it with other rubbers of lower efficiency.  This elasticity allows using with facility short dimensions (depending on the liking and capacity of the fisher), increasing the rubber pushing travel over the rod, which puts it in advantage before rubbers of higher diameter or hardness.

Exclusive production with straight tube: unlike the other manufacturers, the Cressi latex rubbers are perfectly straight, because they’re made in short length strips instead of long rolls that imply lower cost but an always curved longitudinal section.

Assembly: it’s an elaborated manual process that notably influences the rubber’s features. The pairs of rubbers are made considering both its length and hardness, in such way they’re as similar as possible to avoid contraction velocity differences during the shot with bad consequences for the precision. So, the hardness difference is maximum of +/- 1 shore and the length of +/- 0.1mm.

Finishes: completely round finishes of the tips to avoid the traditional defects that don’t allow the easy rolling of the rubber because of exceeding the diameter of the thread.

Dimensions: produced in dimensions studied for spear guns with tube of 60, 75, 90, 100, 110 and 120 cm. Presentation: with white latex serigraphy to identify the article and with vacuum-packed blister “skin” for a greater facility of exposition in the shop and isolation from the exterior.

Choose your desired sling length according to the length of your gun: 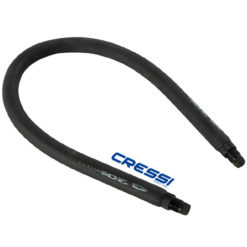 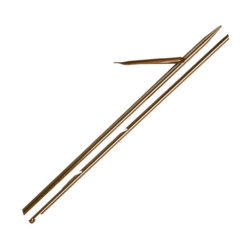 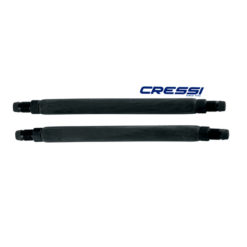 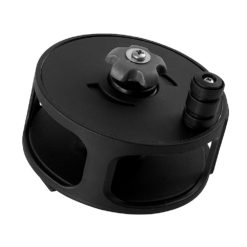 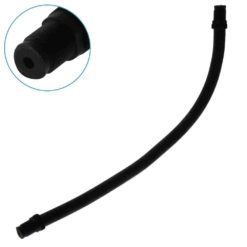 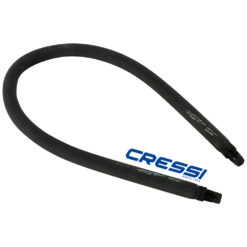 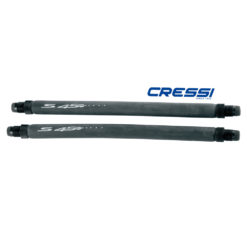